In the recent months, there have been rounds of discussions and updates on electronic and other media on the postponement of board exams, the delayed announcement of results, impact on the mental health of students due to lockdown, merit and disadvantages of online education and national policy on education. Such subjects receiving a wider coverage are a welcome shift.

National Education Policy has been revamped after a gap of 34 years. It is a much-needed step objective-wise which emphasizes on the holistic education of students. A large part of students’ academic career is of years of adolescence, a phase which is one of the most important stages of the life cycle and the most crucial transitional phase. It is a fact that adolescences are facing difficulty to come in terms with isolation due to lockdown as people in other age groups are also struggling with anxiety and depression. But, interestingly, some adolescences are also finding lockdown a relief from huge schoolwork, bullying, peer pressure and are more in control of themselves than earlier.

From a biological perspective, adolescence should be the best time of life in terms of physical and mental functions, such as speed, reaction time and memory. Boys and girls of this age group fully recover from bad moods in about half the time of adults. Despite this resilience, however, for some boys and girls, these years are more stressful than rewarding.

Also Read: Nepotism is not the monopoly of Bollywood

Any individual in the age group of 10-19 is adolescence according to the World Health Organization. This group is not a homogeneous group as their needs vary with their sex, stage of development, life circumstances and the socio-economic conditions. For many adolescents, the process of maturation is largely peaceful and untroubled but for others, it is intense and stressful. India is home to the largest adolescent population in the world. The country’s adolescents constitute 20 per cent (243 million) of the world’s 1.2 billion adolescents. Every fifth person in
India is adolescence. But quite surprisingly, this large population as a category has been missing from the general
vocabulary in a socio-political context. Popular belief recognizes only childhood and adulthood. Apart from rapid physical, cognitive, emotional and social transition, a sense of personal identity which develops during this phase continues to influence the behaviour of individual for the rest of life, according to Erik Erikson, one of the most acclaimed developmental psychologists.

In India, suicide is the number one cause of death in the age group of 15-29 but globally, it is the second leading cause. Substance abuse is high significantly in urban adolescents than their rural counterpart.
Due to the unique nature and importance of this transitional phase, this population deserves specific and explicit attention on the lifestyle and health behaviour rather than adult population since it will be far more difficult for adults to change their unhealthy habits adopted in their early age.

But unfortunately, the health of this age group is not a mainstream strategic component of health care in India. Rashtriya Kishor Swasthya Karyakram (RKSK) was launched by the Ministry of Health and Family Welfare on January 17, 2014, for the age group of 10–19 years, to target nutrition, reproductive health, substance abuse etc. However, the study reveals that the implementation of RKSK was quite patchy and there here was no comprehensive program addressing all the needs of adolescents. The absence of proper guidance, parent’s ignorance, lack
of skills, and insufficient services from the health-care delivery system were some of the major barriers for effective implementation.

A crucial stage in the life cycle should receive more collective attention from state and social systems. Popular culture, its products and attitudes which are part of the mainstream of a given culture and the daily life, historically, has been able to introduce and encourage adoption of certain socio-economic, political and cultural trends and needs.   Our mass media has great potential to impact cognitive changes among adolescences by showcasing health-promoting behaviours, lifestyle and holistic development apart from education.

Voice of adolescences is rarely acknowledged as the story begins and ends with the concerns of adults. Media is quite apathetic to cover stories on how to deal with stress, loneliness, peer pressure, substance abuse, under-nutrition, obesity and other lifestyle-related diseases may be due to lack of consumer interest and the perceived low political or economic significance on such issues over sensational events.

But we stand to benefit socially, politically and economically if this large number of current and future adolescents are safe, healthy, educated and equipped with information and life skills to support the future of the nation. A concerted effort is needed to break free from the stereotypes that catered to mass appeal and popular culture at the same time opening up possibilities to project a reality and its’ nuances. 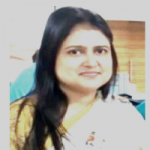 Jayati Das is a Human Resource professional and trained in Counselling Psychology.