On 24th of September 1940, an olympian was born in Calcutta. Today it is the 80th birthday of the first Asian woman to swim across the English Channel. Arati Saha came from a Hindu Bengali family and she was raised by her grandmother after she lost her mother at 2 and her father was in Indian Armed Forces. As a child, she went to Champatala Ghat for a bath and then started her lessons of swimming. After noticing her keen interest in swimming she was admitted to Hatkola Swimming Club, a year later she won a gold medal for 110 yards freestyle in a competition and that is when her swimming career began.

Arati Saha started her journey as a swimmer in 1946, and since then she never gave up her passion. She took part in a lot of national and regional competitions. She had won more than 20 State level competitions. Later she took part in the National competition which was held in Mumbai in 1948, where she won bronze in 200 meters freestyle and silver in 100 meters freestyle. In 1949, she achieved an All India Record in swimming. In 1952, she represented India in the Helsinki Olympics.

After she participated in the long-distance swimming Competition in the Ganges, she was interested in crossing the English Channel when she was 19 years old. She was also inspired by the first Indian man to cross the English Channel, Broken Das. Later Brojen Das also encouraged Arati Saha to participate. There was a fundraising event for Arati where Mihir Sen, Arun Gupta and the former Chief Minister of West Bengal, Dr Bidhan Chandra Roy. On 27th of August 1959, the race started at 1 am, there were 58 participants including 5 women from 23 countries. Unfortunately, she started the race late and lost the favourable weather and had to quit the match. Nevertheless, she did not give up. On 29th September 1959, she took part again and won the competition.

In 1960, she was awarded the Padma Shri for her unforgettable achievement. In 1994, Arati Saha passed away due to acute jaundice at the age of 54, one lesson that she teaches us is to never give up. 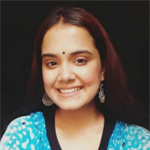 Pragna Chakraborty is a graduate and an intern in Woman Times. She loves writing and is passionate about her love.