India is a hub of power people and when it is woman nothing matters before her will power. Entrepreneurs since a decade have been blooming though the women numbers are never satisfactory. But Ms Ritu Grover with her will power has set the trend of successful women in entrepreneurship.

It was shortly after the birth of my daughter in 1998 that I decided to diversify from my demanding interior designing profession to concierge services. Leaving the interior sites very late in the night, I used to notice that a large number of corporate employees were still at their desks desperately trying to meet deadlines and going through graveyard shifts. That was when I realised that the need of the day was an efficient assistant or genie services which could make lives simpler and get a work-life balance for the corporate employees. Thus, started a long journey and I went on to form The Global Helpdesk – now an established firm known for its expertise in facility management with operations across India.

Dream of a Woman:

In 1996, the year which saw the rise of MNC and expansion of corporate culture in India, Ms Ritu Grover kick-started her dream of pioneering the concept of concierge services in India.  Doing her normal day’s work of interior designing in an empty Gurgaon, she always wondered about an easy way to get things right. Things, which cannot be ignored, either can they be managed easily.  She always thought of how to create that much needed fine balance between extensive work and personal life.

“Talking about struggles, I remember one of her clients who wanted to gift a very rare Siamese breed of a pup to his wife on her birthday. We facilitated him by getting it from China. It has been as bizarre as arranging a particular blood group in the middle of the night to even sourcing a very rare wine from Spain. But with the right team and dedication, it’s all possible, and we do it all the time!” says Ritu with pride.

Struggle as a woman in the entrepreneurial industry:

As Ritu speaks on it, “If I have to be honest when I started it was a men’s world. There weren’t any women entrepreneurs in the facility management industry and clients would not take me seriously initially. It was difficult but not impossible. Slowly and gradually I have seen a change. I’m glad women are coming up and showing the world how impactful and powerful they are. In today day and age it is very important for women and men to be equal. One of the most important things I’ve observed is how financial freedom brings so much confidence in women. Being a working woman, these are certain specific things that have always struck my mind.”

Woman in the Industry:

Slowly and steadily, by fighting against all odds, believing in her vision and a very fresh idea of Concierge services for the Indian market, Ms Grover opened her company in 1998.  It is now the largest and well-known brand in the facility management Industry, TGH Lifestyle Services Pvt. Ltd.

My mother always says “never look back”. Even if I think of giving up or taking a break, her words resonate with me and I know if I have made it this far, it’s not to only till here but there is more to get done. To all young women entrepreneurs, I’d like to say – hustle and hustle hard. Talk to yourself and make those talks pep talks. The minute you decide you want better for yourself is the minute the whole universe starts shifting in your favour.

Your strength to achieve your dreams:

Coming from a family of Army background, Ms Grover finished her schooling from Army Public School before graduating from Delhi University. She also did a course in Interior architecture from Delhi. A disciplined lifestyle from childhood and strong upbringing instilled leadership qualities in her. Ms Grover has bagged many awards as an entrepreneur. An appreciation award by CNBC and AMEX in 2009, Valued Partner Award by Wipro in 2008 and 2009. Her Expertise lies in Facility Management, Concierge Services, Mailroom Management, Expat Management and Rewards & Recognitions – Optimizing Costs & Productivity because of which she is successfully handling her venture.

Message to every woman:

Behind every successful woman stands a whiteboard, a big vision and unapologetic ambition. Do what you want to do in the best possible manner and remember, don’t care about what people say. First, they call you crazy, then they call you for advice. Just keep moving forward! 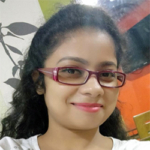