Mind acts and reacts differently for every individual, and across the genders too. Though the roles of Mars and Venus are not clear among men or women psychology, the difference is evident and has long been noticed by all of us apart from specialists or mental health professionals. Both the Indian and world scenarios are alarming enough though we probably have hardly paid any serious attention to them. The very recent National Mental Health Survey (NMHS 2015-16) reports a worrisome lifetime prevalence of nearly 2 out of every 100 and 1 in every 10 women suffering from serious mental illnesses (like schizophrenia, bipolar disorder)and common mental disorders(stress reactions, depression, anxiety, adjustment issues)respectively for India. Globally, WHO reports approximately 1 in every 3 women suffer from common mental disorders which, needless to say, makes a serious public health threat for every country and its government.

Starting from the genetic structure and biology, women are different in their growth and development, in their adulthood and old age as well.

As already said, pregnancy and motherhood are very specific to women, and so are health experiences associated with it. Both pre and post-pregnancy period puts a woman through multiple health risks and depression anxiety or psychosis has a more chance to happen to them during this period. A woman, with existing mental health problems, has multiple folds increased risk of relapse during both ante and postnatal period. Also, we should not forget a mother is pivotal both for the fetus and the infant/child; and health threat to the mother puts the child in added risk too. Though not always, but certainly to higher instances, mental health problems of a mother put the baby in direct danger as the thought or mood disturbances mostly surrounds the child. Women shouldn’t smoke. Or, only ‘bad’ women do drink. The myths, stigma, and discriminations are endless and moral screens are rampant rather than a medical or psychological intervention for the same. Addiction is a brain disorder with specific neurochemical features and both men and women can get affected to it or have this ‘illness’. As per NMHS 2015-16, 1 in every 10 women in India suffers from at least one addiction problem. Tobacco chewing remains among the most prominent addictive behaviours, not only for India but also in entire Southeast Asia.

Working women and their mental health:

As the working women group is rapidly increasing which bringing them a little financial independence at least, but their role and responsibilities have increased many folds. Other than daughter, wife, mother, and daughter in law roles now they are doctors, officers, or chartered accountants too. On the contrary, support for them and their health hasn’t increased proportionately which ultimately resulting in more health tolls on women. Particularly, during the current pandemic and associated lockdown, as the work from home practice became prominent, it added further stress on women as they needed to manage the both, juggling between the home and professional responsibilities.

Concern for women and the feminist movement may have gained pace in the last two decades, but still, women are mostly considered as ‘weaker sex’ and often been suppressed and oppressed over multiple issues. Help for women is not adequate yet and cry for help frequently been considered as a ‘non-significant’ or ‘feminine trait’. Both the physical and psychological health needs are mostly addressed at the last in most of the families, if not that becomes too late itself. Also, though quite unfortunate and shameful, domestic violence is still more of a norm than a rarity and even financially independent women hardly receive the same value and importance as their counterpart in a family which gets reflected on their overall wellbeing too.

Marriage is an important milestone in every human being’s life, but the multiple role changes are more prominent with long-lasting effects on females mostly. Other than coping with a completely new family and circumstances; role expectancies, covert abuses, domestic violence, motherhood further complicates the life story for most of the women. However, the societal expectation and cultural ‘norms’ often force (both actively and passively) them to ‘adjust some more’, rather than seek help or finding the solution.

No solution is ever made of anyone ‘magic’ liner, neither there is no such problem which ‘absolutely no solution’. Women’s mental health with a special mention for perinatal mental health needs extra, added, and special care for sure, but that can be done in current time within the existing setting or infrastructure. Support and resource, which will probably always remain short of the real need (especially for countries like India), but the gap can be adequately bridged with acceptance of the reality (rather than continued denial like now!) along with some more human effort and care. A planned and targeted care, considering both prevention and intervention, can bring a massive change not just only in health for women, but also in their social role and overall growth. 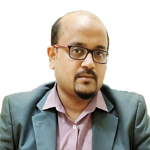