Take a dip within the holy river Ganga, taste the Paan Banaras wala and chai of Kashi, but if haven’t got to see the magic of the hands of weavers that they decipher in the Banarasi Saree and hear the traditional handloom machine rhythm, you have seen half Banaras. Saree is an enormous part of Hindu mythology since the Ramayana period in 1000 to 300 B.C. and not to forget that the Mughals have a really crucial role in this process. It had been the Mughals who introduced and promoted the Banarasi silk in India in an early stage. And it was in the credits of the Great Emperor Akbar who introduced the weaving machines in Bananas and across India. 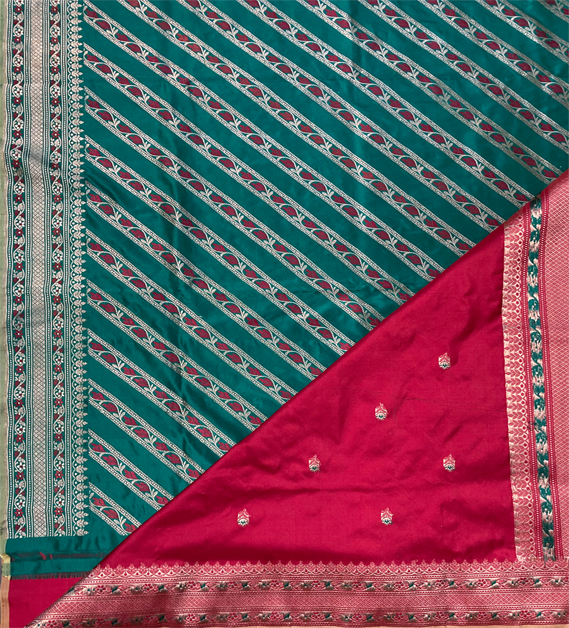 Varanasi, the city of temples, is a place that has everything in its unique style, whether its foods, ghats etc. And the most unique creation of the city is what has integrally mixed with the Bengali wedding culture – the Banarasi Saree. Bengali’s love for wearing saree on the wedding day has been constant. Especially a red Banarasi saree or, as it’s said ‘Lal Benarosi’, is the dream that every Bong women wish to live. Banarasi sarees are woven with hands till today and that is what makes a Banarasi saree special. Women do not unnecessarily go gaga over the Banarasi silk, it is the designs which are initially created on paper which further punched into a hard sheet making it look like Braille. And the dotted sheets guide each row to create a pattern. And finally, a weaver transforms into the ardent desire of a woman. And if is a customised saree, coming from the house of Avishekk Naiya, then it adds the “Chaar Chaand” to your special day.

Also Read : Master The Art Of Fashion This Year With Masks On

Designer Avishekk Naiya has woven a red Banarasi saree – the “Shubhkamna Saree”. The uniqueness of the masterpiece lies in the fact that it is a customised saree with a blend of all the rituals, vows and tradition beautifully fabricated in it. The Banarasi Saree was specially customised from the house of Avishekk Naiya as the wedding saree for a client who requested Naiya to weave it. The bride wished to stand out at her wedding because she was doing a social marriage after 25 years of her legal marriage. That is, on her twenty-fifth marriage anniversary, she was all set to take the seven vows of marriage. The saree has many distinctive features in its design. “As she is from North Indian, she wanted the touch of Bengal , Maharashtra, Banaras in her saree. I have put the Seven Shlokas of Hindu marriage (the 7 vows), says Designer Avishekk Naiya. This is the most fascinating part of the saree where the pallu contains the Saptapadi hymns. The seven marriage vows in Hindu marriage are known to serve as an anchor to keep the couple going through all the good and tough times together. Likewise, the vows printed on the saree would remind the couple to hold each other’s hand through every thick and thin. The Narali motifs in the borders are weaved as symbols of “Bandhan”, and the Phool-Patta floral motifs as the “Mala” or Garland that is exchanged as a symbol to display that they have agreed to remain with each other for the whole life. The bright red colour of the saree symbolises passion and love. The Sindoori Red and Green pure silk are used as symbol of traditional “sudh” colour that are being used in most of the Hindu rituals, and the real copper-plated Zari is being used to give the saree an exquisite vintage look. The entire saree has been fabricated by pure silk with real zari. The “Kadwa” work has been used to enhance the motif of this saree with magnificent Minakari work. The entire Saree is completely handcrafted. It took four months time to get completed. “Firstly we made designs on paper, then did graph work on computer, then card punching work, dye the yarn, loom settings, then weaving and finishing the art piece. A total of seven people has worked to finish the saree”, says Naiya.

Benarasi Saree enhances the beauty of a bride, a day when she glows the most. And when the extravagant beauty of the traditional Saree merges with the unique and beautiful crafting ideas of Designer Naiya then the dream look of the wedding day becomes a real one. 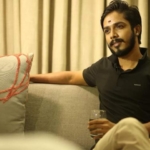