September 18, 2021
Home Event & Entertainment Bollywood Bhuj – The Pride of India is based on true story of women Bhuj – the Pride of India is a real story based on the 300 women who valiantly worked day and night to repair the airstrip crucial in the 1971 Indo-Pak war.

Armed with nothing, a group of gritty women of our country took up the impossible task of repairing an airstrip with a heart filled with patriotism for their motherland, fearlessness, intellect, and strength. In the memories of Hiru Bhudia, the nightmare of a squadron of Sabre Jets dropping Napalm bombs on Bhuj is still fresh. But, when the task was to be done, it didn’t break her spirits nor that of her fellow women.

Bhuj Airport, a substantial air force base, is located at a distance of 4 km from Bhuj in the Kutch district of Gujarat. This airport is at a meager distance of 100 miles from the Indo-Pak Border. It sustained numerous attacks during the India-Pakistan War of 1971 and was bombed several times. There were 35 times attacks in 14 days with 92 bombs and 22 rockets. The whole of Bhuj town was shaking with bomb blasts. There was colossal panic, and everybody from the city started evacuating to safer places.

Pakistan had all the plans to destroy this particular Bhuj airfield due to its importance. They conducted a concentrated attack on the night of 8th December, during which Pakistani bombers dropped Naplam bombs, and this time, they successfully destroyed the airstrip. It was a significant setback for this forward airforce base to become non-operational during wartime.

The airstrip needed to be reconstructed immediately, and the officials couldn’t afford to wait for long as the war was going on. All the regular contractors and laborers evacuated the town, thus increasing the complicacy of the situation.

23-year-old Vijay Karnik was the Squadron leader of the Indian Air Force (IAF) in Bhuj. He noticed that the airstrip was damaged in 8 places. As the Pakistan Army was closing in on, there was no time to be lost. This bright young soldier’s timely thinking led to the bold move of involving civilians in a war situation.

Squadron Leader Karnik approached the people of Madhapur, a village close to Bhuj. Both men and women of the town were from well-to-do families and had a social custom of doing construction jobs and carried education in the genes. Karnik approached these ladies for help and managed to convince them to rebuild the airstrip.

Also Read: Reality shows and their reality with Sanchita Bhattacharya

With great courage, they entered the runway and started repairing even when the war was going on at its peak. Despite being alerted of the bombings, the women did not think about their safety or their families before boarding the army vehicle to Bhuj on 9th December 1971. They straight away headed towards the airstrip to repair it. Valbai Seghani, one of the brave ladies from the group, remembers that she felt no less than a soldier. She left her 18-month-old son under the guardianship of her neighbors to do her bit for the country. That time she did not even think of who would take care of her son if something were to happen to her.

“I only knew this was the time my brothers needed me the most. I still remember how the pilots took care of us,” recalls Valbai.

Squadron Karnik gave all the necessary instructions to the women. The women were told how to take shelter and hide underneath the bushes or wear pale green saris to camouflage themselves during the bombing raid. He told them about air raid warnings and all-clear signals. They began their work under the guidance of the officers. As per instruction, the team used cow dung on the strip to camouflage it from the enemy’s plans. Seghani narrates how they used to run and hide in the bushes whenever a siren alerted them of approaching Pakistani bombers. A short siren was an indication that they could resume work. These women toiled from dawn to dusk to make optimum use of the daylight.

The Victory of Bhuj:

On the first day of their work, the women and the officers slept hungry as there was nothing to eat. On the second day, a local temple offered them fruits and sweets, which helped them work through the third day. Viru Lachhani mentions how the team had to survive on Sukhadi and Chilli. On day four, at 4 p.m, a combat aircraft took off from the airstrip. It was finally functional. In 72 hours, these courageous women repaired the long and damaged airstrip. The whole moment was later termed as India’s ‘Pearl Harbour’ moment.

The then Prime Minister Indira Gandhi visited Bhuj and met all these gallant women and showered praises. She said that each of these 300 women is like Jhansi-ki-Rani. She offered them gifts which they humbly turned her down, saying they did all this for their country. In 2018, a war memorial called Virangana Smarak was inaugurated and dedicated to these women. In Bhuj, this story is narrated as a folktale. Recently, Bhuj – The Pride of India, a feature film based on this true story directed by Abhishek Dudhaiya and starring Ajay Devgn playing the role of Squadron Leader Karnik, was released on OTT platforms. Incidentally, Dudhaiya is the grandson of Late Lakshmi Parmar, who was one of these 300 women.

Fifty out of those 300 women are still alive, and all are above 60 years old. They still have the same enthusiasm to serve the nation.

“We still have the same energy, and if the armed forces need us, we will work for them again,” says Hiruben Bhudia.

This group of ladies dared to help the nation and made history when nobody could gather the courage to come near the airfield. “It was a proud moment for us,” recalls Jadhavjibhai Hirani. Seghani says, “If we were to die, it would have been an honorable death.”

They are no less than war heroes, and it is time their contribution is made widely known to the nation. 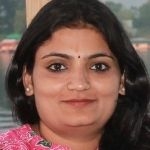 Spandana Akina has done her Bachelors in Biological Sciences and also has completed MBA in HR. She loves to dabble in various forms of creative pursuits this is what keeps her going. She may be at times imperfect but never short of enthusiasm.