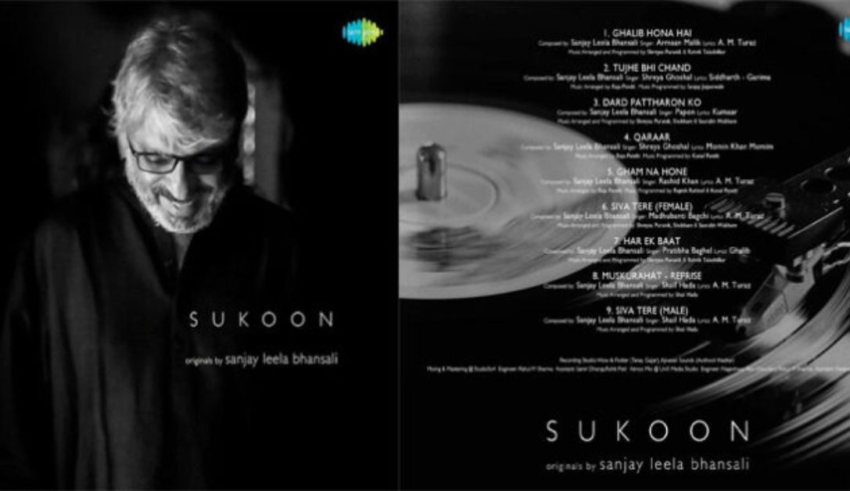 The album Sukoon is out now! Sanjay Leela Bhansali once again creates magic with his music.

Sanjay Leela Bhansali’s musical efforts have always been as grand as his films. Given how invested he feels in every aspect of composing music, it’s no wonder that music dominates Bhansali’s entire Cinema. The songs of Bajirao Mastani are still one of Bhansali’s most visually appealing and beautiful compositions. He was even conferred National Award under the category ‘Best Music Director’ for Padmaavat.

Not only Sanjay Leela Bhansali has introduced the world to proficient singers like Shreya Ghoshal and Arijit Singh, but he has also given back-to-back hits from Guzaarish to Gangubai Kathiawadi; one can quickly notice how music is an intrinsic part of his life.

Now, the listeners get to hear his original album ‘Sukoon’. It took almost two years for Sanjay Leela Bhansali to curate this beautiful masterpiece, and he presents this album as an ode to the Queen of Melody, Lata Ji.

Each melody of Sukoon is special yet unique in its way. Here is what the artists spoke about their songs: 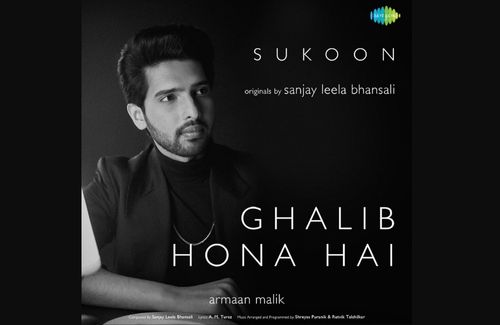 Ghalib Hona Hai:
Ghalib Hona Hai will bring a very different side of Arman Malik as he expresses the deep-seated feelings of a beau. A.M. Turaz pens the lyrics. Speaking about his song, Arman shared,

“I am really excited about ‘Ghalib Hona Hai’ because it’s truly an honour to sing a composition by Sanjay Leela Bhansali sir. I have dreamt of working on a collaboration with him for a very long time and finally, the world will get to experience this audio-visual treat!”

Vocally, Sanjay sir has explored a very different side of me, and I’m glad he pushed me beyond my limits to give my absolute best; nothing short of it. Everyone involved with “Sukoon” has been eagerly waiting for this album to see the light of day for the longest time, and now, the world can make this their own.” 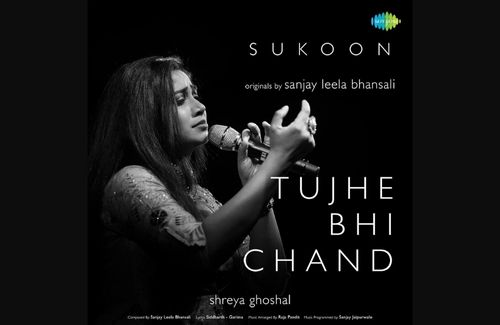 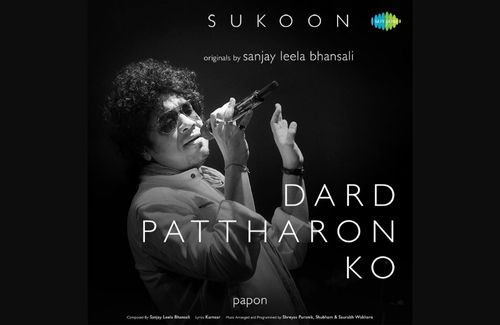 Dard Pattharon Ko:
Papon has been ruling Indian Indie music, and now having to hear his voice in a classical melody infused with a modern touch with Dard Pattharon Ko will leave you mesmerised. Kumaar pens the lyrics, and speaking on working for Sukoon, Papon shared, “I have a special place for ghazals in my heart. Collaborating with Mr Bhansali on such a heartfelt album, his first original music album, has been a pleasure and an honour. There are so many other talented artists featured on it as well. I am sure it will be a treat to the listeners.

Looking forward to all the love it’s going to receive.”

Gham Na Hone:
The epitome of Classical music, Rashid Khan, has added magic with his voice for Gham Ba Hone. A. M. Turaz has written the lyrics and speaking about working on this song, Rashid Khan shared, “Working with Sanjay Leela Bhansali always brings out the best in us. This sukoon album is one of a kind.”

Har Ek Baat:
Har Ek Baat is sung by Pratibha Baghel, known for her mastery of soulful ditty. Ghalib writes the lyrics. Speaking about her song, Pratibha shared, “Super thrilled and honoured to be a part of the Maestro Sanjay Leela Bhansali’s musical creation . It is nothing but a dream come true.” 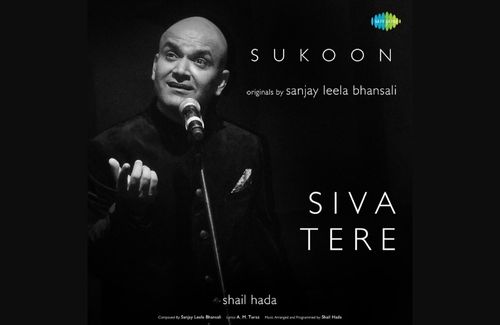 With Siva Tere, Sanjay Leela Bhansali brings a fresh voice of Madhubanti Bagchi soothing one’s soul. A. M. Turaz pens the lyrics for this song. Speaking about her association with Sanjay Leela Bhansali, Madhubanti said, “It was an honour to be featured in Sir’s first non film album along with some of the best artists of our country. Hope the album receives love and admiration from the listeners as well.”

Sukoon is a curation of the efforts, time and commitment of all these artists with the magic of Bhansali’s music composition. The album is now live on all leading streaming apps.