Is female unemployment is rampant in India?

Are you wondering why the female workforce market is so low? You will know why. Read the article below to know the exact details. One of the harshest realities in the Indian job market is female unemployment in India. Although there are 49% of women still working and engaged in some business activity or the other, their contribution to GDP is way less. A decade or two back, things started looking up. By 2019, you could see many women flourishing as white-collar and blue-collar employees. But the pandemic and the nationwide lockdown brought everything to a standstill.

The condition is almost the same in other developing countries, apart from India. Women have not returned to the workforce after the restrictions were removed. The world is healing now, but the job market or the GDP has not healed yet.

Job Losses In The Pandemic:

During the pandemic and lockdown, almost 100 million Indians lost their jobs. Many people who worked in urban areas were forced to return to their native places, as they could not pay basic charges for accommodation and food. Another startling fact is that the percentage of working women declined drastically from 26% to 19% between 2010 and 2022. As the pandemic hit in 2020, it was like a hammer’s final blow on hot molten iron. This is bad news for the Indian economy, which has already started to deteriorate since the advent of the pandemic.

There are numerous reasons for female unemployment in India.

Almost 2/3rd of India’s population live in rural areas. And, development is still on in many places. To date, a few places do not have basic internet facilities. There is a 50% employment gap between men and women. Transportation is also a huge issue in many rural areas. So, commuting has become a hassle.

If you look at the daily wage-earning women, their situation is worse than the urbanites. The women working in the agriculture and garments industries are struggling to make ends meet, yet they are not getting an opportunity to start earning like before.

Moreover, many women also suffered lingering health issues after Covid. Employers are also wary of taking female employees back, as they want to avoid the hassles of paid maternity leave. Equality in employment is not a reality in India. It is a myth.

Also Read: Who Is Better In Human Resources Female or Male?

Besides Covid taking a toll on several industries, women cannot return to the workforce, as they are the primary caregivers at home. Almost all schools for juniors were closed till a few months back. The men had to fend for work, as they were still considered the family’s breadwinners. Moreover, women are pushed to the corner to take care of the children and do chores. Many men also had their salaries slashed due to the pandemic. This led to the release of maids and cooks from homes. So, women are taking care of homes at present. This is another reason why women’s employment rates have fallen.

Despite policies like POSH at the workplace, women still face sexual harassment. Many families discourage their girls from working in corporate companies for the same reason. But, apart from sexual harassment, other kinds of harassment also take place. Women are made to choose stationary jobs and jobs that offer less growth. The patriarchal society is to be blamed to a huge extent.

In many cultures, boys get importance over girls. They are considered the family’s flag bearers, so the parents spend more on their development. It is also one of the reasons for female unemployment in India. 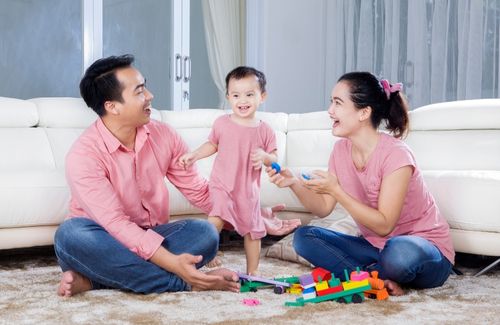 You will also find many women in the urban cities not wanting to return to work. Many women have shied away from returning to the formal workforce and are looking for work-from-home. It is due to the pandemic, where the father may have died due to Covid19. Under such circumstances, the women have to stay at home, complete all the chores, take care of the children, and work from home. It is a cycle that has started since the pandemic became a part of our lives.

Moreover, it has become a habit for many women looking for better work-life balance and wants to leave the 9-5 vicious cycle. It is but a good thing today. Many women are trying to create employment rather than being employed. So, that is one good thing that has come out of the pandemic tragedy. Let us hope that women become employment generators and bring the economy back to life soon.